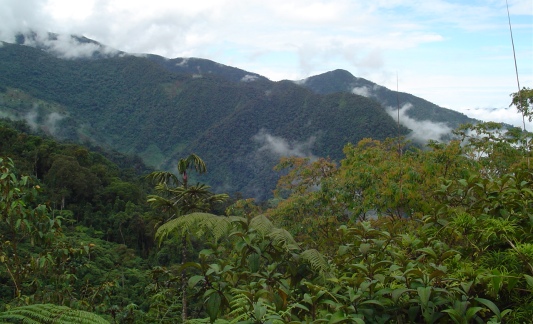 Since 2005 ProAves has been working on the design and establishment of conservation corridors to ensure the sustainability of biodiversity in different parts of the country. This connectivity is referred to the link or nexus which facilitates the movement of organisms between forest blocks or islands, or, in some cases, between nature reserves.

In a corridor, connectivity is promoted through spatial arrangements and elements in the landscape. A landscape with high connectivity is one in which individuals of a species can move freely among habitats that they require to feed and to protect themselves (Bennett, 2004).

A biological corridor is a territorial matrix or mosaic of land uses that connecting fragments of natural ecosystems across the landscape (Conservation International, 2000). Based on this and with the support of other organizations such as Conservacion Internacional, American Bird Conservancy, Loro Parque Fundación and World Land Trust Three corridors have been established in different parts of the country to promote connectivity and thus the conservation of threatened bird species and other groups of animals found in the region.

The first meeting of farmers in Puerto Pinzón (Boyacá) was held with the aim of socializing the union of the two major protected areas established in the foothills of the Serrania de las Quinchas for the creation of the Ermitaño River Biological Corridor.